You Can eat your cake and Keep it too! 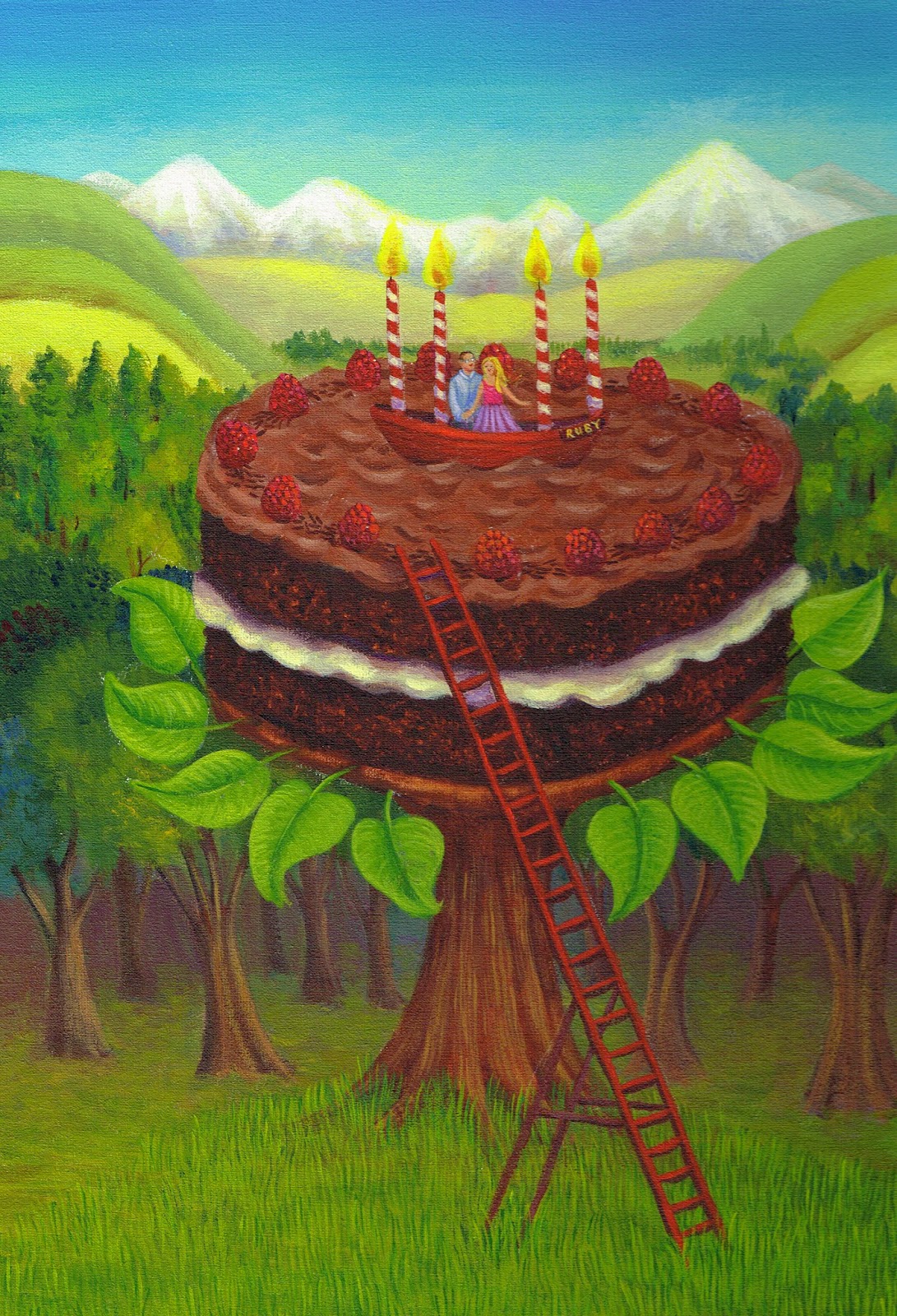 Hello Hello Hello...I have been suffering from a little 'blogging' withdrawal syptoms! I have to say I have been rather busy in my little Shoppe and studio. In the Shoppe, Annie's Art +Treasures I have been Spring cleaning, putting and tooking and unbelievably gearing up for the delivery of Christmas goodies and stock. In the back where my tiny space services for a studio set up and storage I have been busy baking a cake, but not as you would ever believe! Obviously not really baking in literal terms, but baking in an artistic sense.

My mother was a great baker of cakes and similar elk. All my childhood as far back as my memory stretches our cake tins would be overflowing with mouth watering treats! After school meant scrambling home as fast as possible, ravenous and piling a plate up with cake and glasses of milk. Over the years 'Afternoon teas' have always been an important feature of our families, centered at the parental home. My step father loved a cup of tea and cake around 3pm in the afternoon and if we happened to be around at the same time...lucky us! Every celebration like Birthdays and Christmas's we could rely on our darling mum to conjure up our favourite cake. Sadly five years ago my beloved stepfather died and my mum slowly lost interest in baking cakes, although for a few years she kept up with the Birthday requests..she is now living in a home and her baking days are over. She still has all her recipes in her bulging higgley..Piggley blue notebook..and when we go and visit her we fondly remember the memories that revolved around a slice of cake!

Now I am going to feel awful here, because I can almost hear you say why don't I carry on with the baking prowess. Well I did bake cakes and biscuits when my boys were small, but sadly I didn't have the urge to bake. It was more of a chore than a passion and when they the boys left home the tins remained empty...Once and a while my husband, James gets an urge to bake something but I guess we don't really have a sweet tooth urge as we used too....BUT....it's a completely different kettle of cake if you asked me to paint one!!!!!..Now that gets me excited!!!!!

Just recently I was approached by a couple who knew that I had illustrated a Cake and Special dates book and they are just about to celebrate their Ruby (40yrs) wedding anniversary...so they commissioned me to Paint a special Cake for them that they could hang in their kitchen. They asked for a chocolate Black Forest Cake with chocolate, cream and Raspberries...they also wanted to be on top of the cake, however the rest of detail and outcome was left to me. so whipping out canvas and brushes with paint and palette I set to the task and watched it evolve. Being a 'forest' cake I knew it would have to be in the middle of a forest with a grand old tree acting as a pedestal. Naturally they needed to climb up onto it so a rich red ladder appeared and when I started painting the butter icing it reminded me of waves so I felt they should be in a boat with 4 sails/candles(signifying four decades) and naturally the boat is called  'Ruby' so here they are surveying their celebration from a cake they can keep forever!

As I mentioned back in 2008 I illustrated a book called Celebrate....'A calendar of cakes and special dates'. The author is Annabel Langbein a well known entrepreneurial chef in New Zealand who also has a swag of books and fronts a her own T.V cooking show. The book was fun to do, but only had a very small print run and isn't available anymore...but I can share some illustrations I did. Below is a
A GREEK CITRUS CAKE 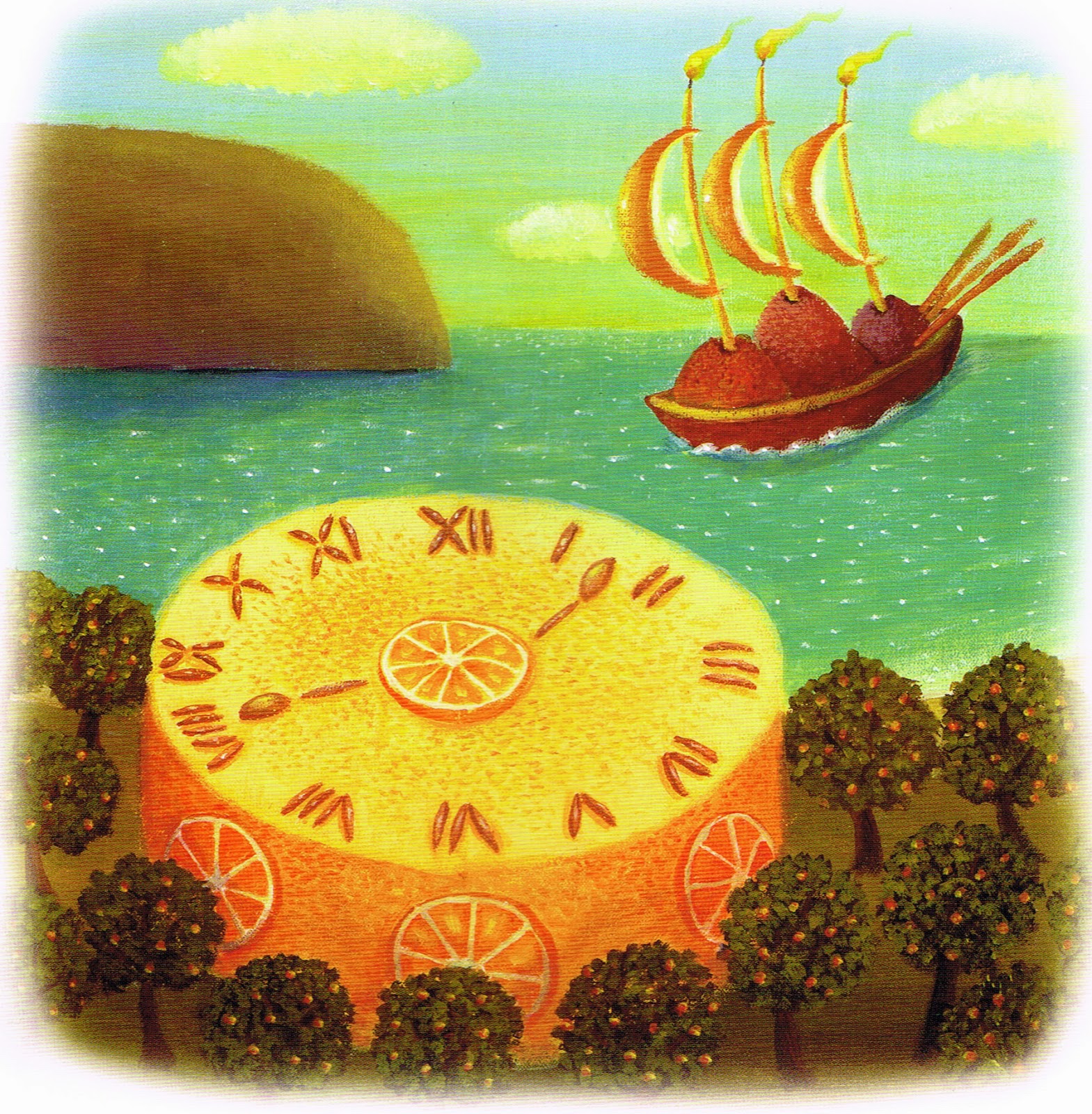 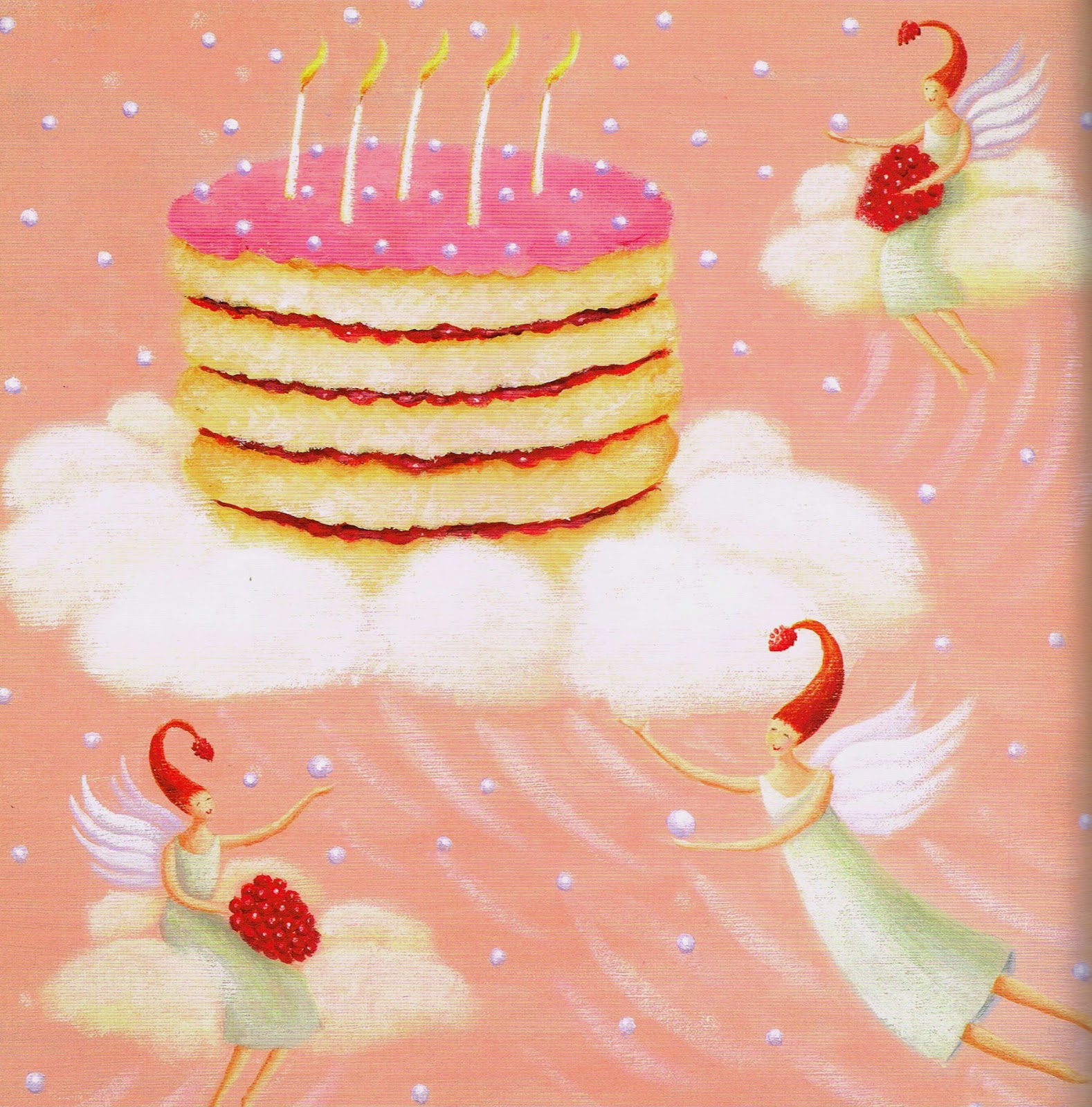 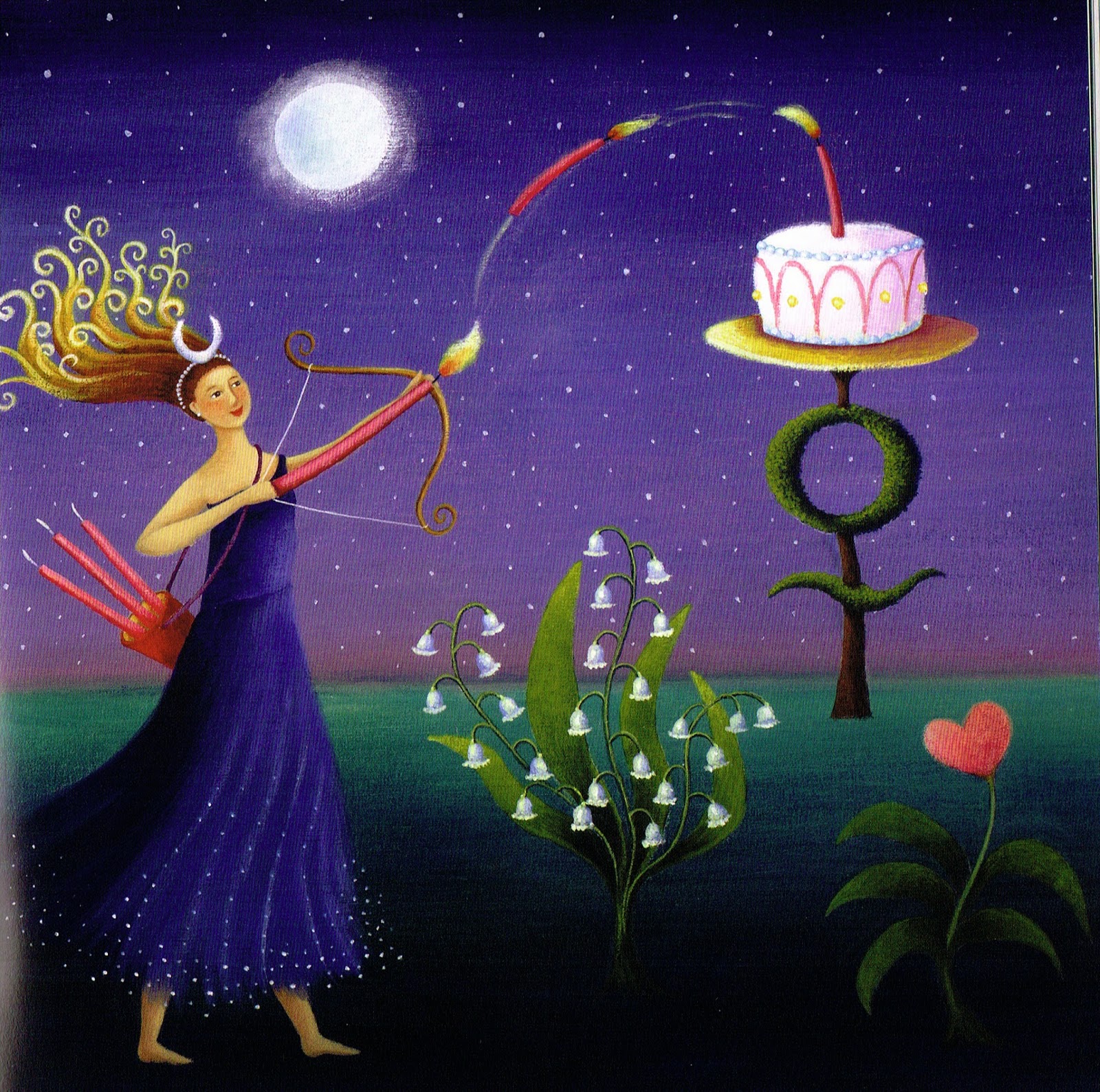 CANDLES FOR ARTEMIS
I hope Annabel won't mind but I am just going to quote a passage she has written about this illustration..........The birthdays of Greek deities were celebrated each month and therefore each god was honoured with twelve different fetes a year. The birthday of Artemis,goddess of the moon and the hunt, was celebrated on the sixth day of the month. Worshipers made a large round cake with flour and honey, representing the full moon. Candles were lit on the cake as a symbol of the moonlight, the goddess's earthward radiance.

I am feeling quite replete with all the story telling about cakes, but I now need a nice big refreshing cup of tea!....Till next the blog...Keep Smiling and if you'd like a recipe for the last three cakes I am very happy to oblige...X P.S The weather is mad today! Sunny, cold, warm, windy and raining nearly all at once!
Posted by Unknown at 19:43